Gravity can be monitored by continuous and periodical measurements. In the first case we observe the earth tides temporary disturbed by seismic effects coming from near and far sources. Ground motions induced by mining tremors are well visible on tides recordings. In the case of periodical measurements we observe temporal changes in bulk density of the surveyed rock mass. This can be caused by the rock mass relaxation and release of seismic energy or the change of surface elevation (subsidence, heaving).

Seismicity at the areas of abandoned, flooded mines has the similar origin like during mining. That is unbalanced stress field in rock mass being under impact of periodic loads due to earth crust movements. Thus, the regions of mining in rock mass become a factor  of  the lithosphere movements and an element of lithosphere mechanics (geodynamics). Key points of that mechanics are borders of exploitation and fault planes depicted in a structural model of rock mass. In each case of mined rock mass model we have unbalanced density distribution in rock mass creating gravity anomaly and unbalanced stress field with a pair of forces forming a source of seismic event.

As a part of the of project realization on  the polish test site a grid of several dozen gravimetric surveying stations (60-100) will be stabilized. It is planned to carry 3 series of gravity and leveling surveys in annual increments (periodic surveys). At selected point of the surveyed area a spring gravimeter CG5 or CG6 will be deployed for a some months period. It will be switched in monitoring mode recording the gravity changes in 1 second increments.

The periodic gravimetric data will be used in construction of hydro-mechanical-models, while the continuous gravity data will provide information which can be correlated both with surface movements (GNSS, InSAR) and seismic data. 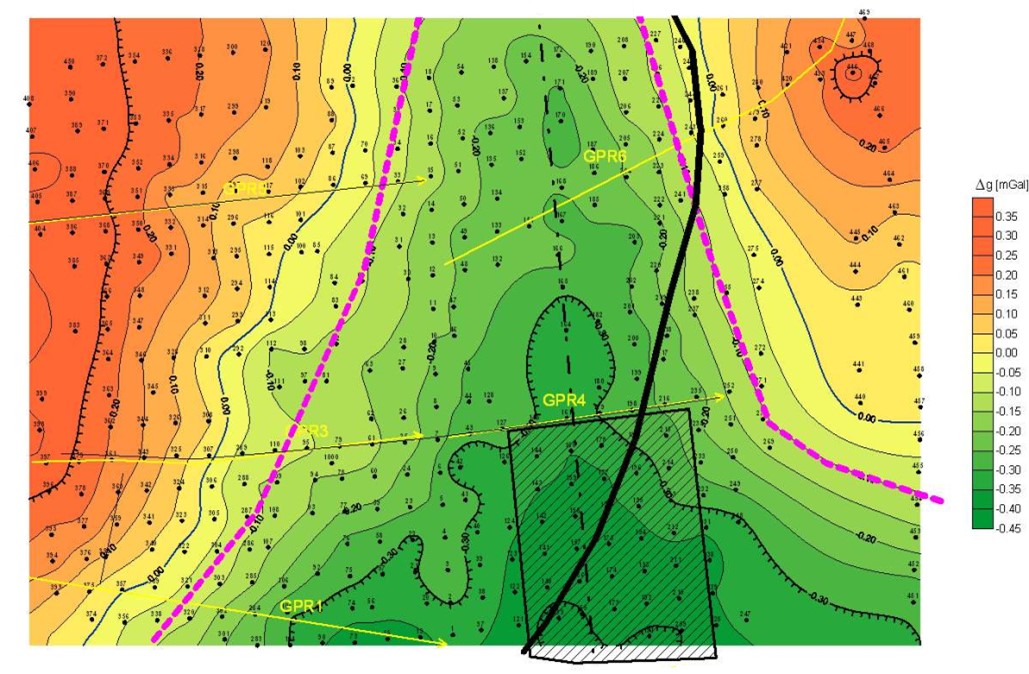