Positioning with GNSS (Global Navigation Satellite Systems) techniques is one of the greatest technical achievements developed and built by man in the 20th century. The primary task of GNSS, since its inception, is to accurately determine position, velocity and time on land, sea and in the air, in the Earth’s global reference system, 24 hours a day, regardless of weather, anywhere on the Earth and in its immediate vicinity. The American GPS (Global Positioning System), the project of which was developed in the early 1970s, was a pioneering satellite positioning system on which all subsequent systems were modeled. Currently, GNSS consists of four basic global positioning systems, the aforementioned American GPS, Russian -GLONASS (Globalnaia Navigacionnaia Sputnikova Sistema), European -Galileo, Chinese -BeiDou, and two regional Japanese -QZSS and Indian -IRNSS systems.

Each of these systems consists of 3 segments: 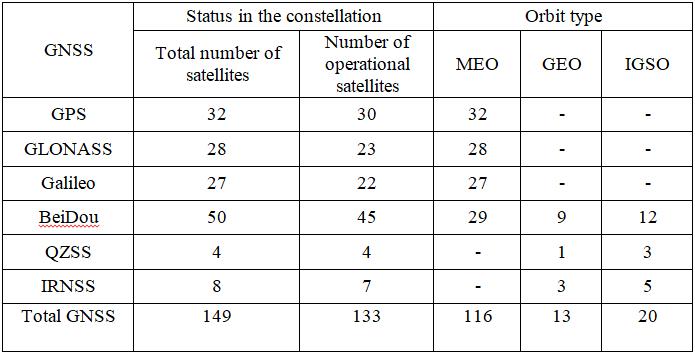 Thanks to this, we can now observe even 40 or more navigation satellites at the same time in our latitudes. Fig. 1 shows the skyplot with 43 visible satellites belonging to four global navigation systems and satellites of SBAS and MSS support systems observed over Krakow on November 22, 2020. The ability to use multiple systems at the same time results in: increase in the reliability and efficiency of measurements and increase in accuracy resulting from a greater number of satellites observed simultaneously. This follows directly from the basic principle of position determination by GNSS. 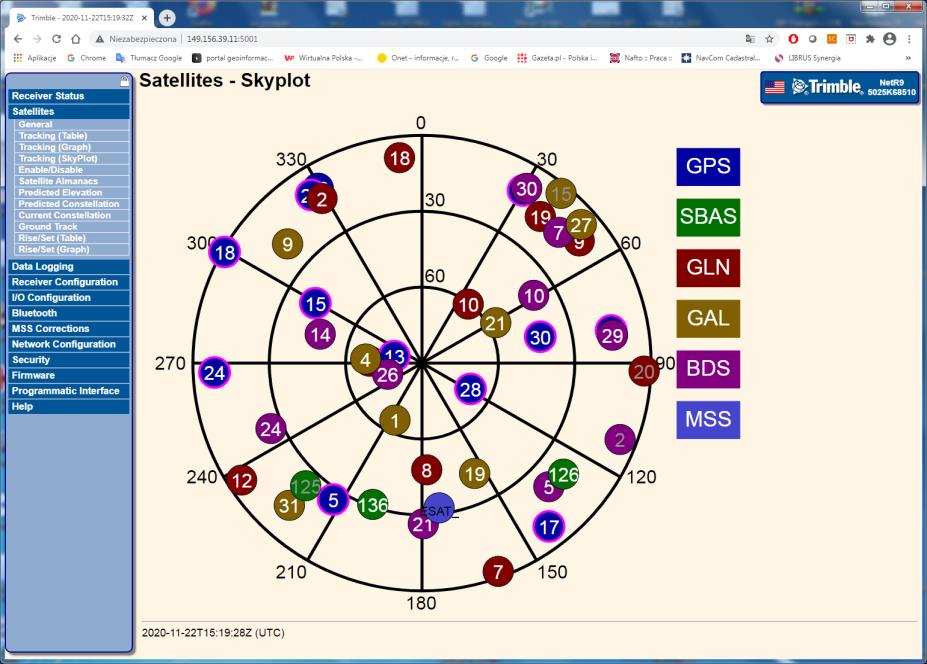 Fig.1. An exemplary distribution of GNSS satellites over Krakow 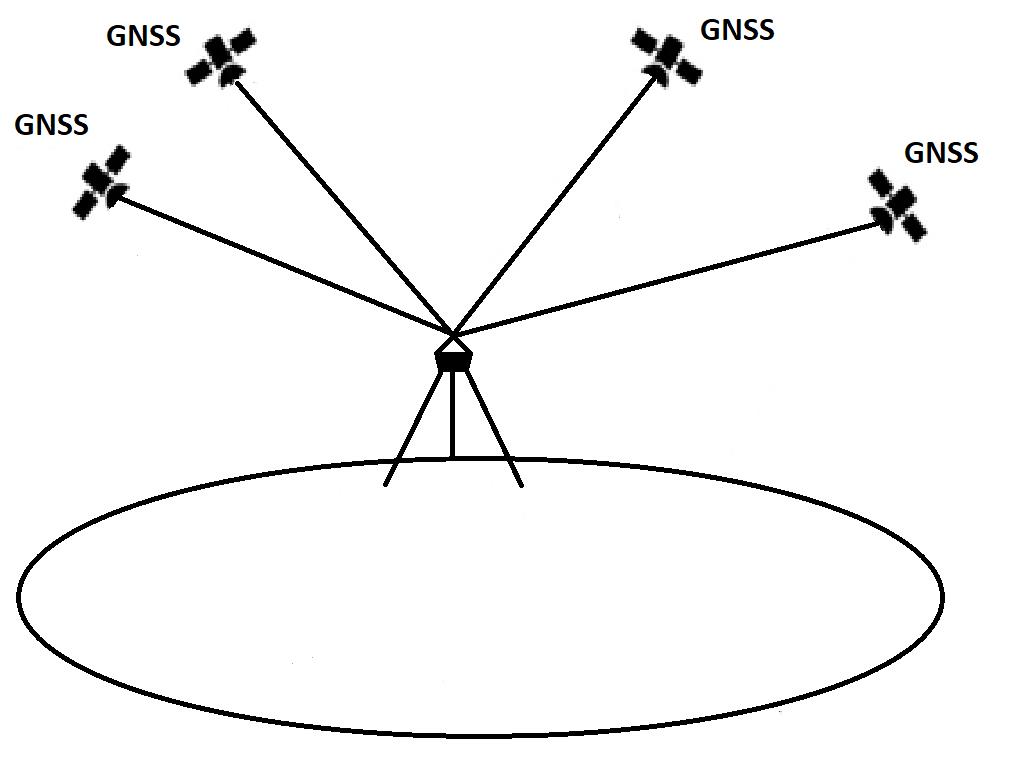 This principle is based on measuring the distance to the satellites as reference points and solving the spatial back indent, which allows for determining the coordinates of the measured point (Fig. 2). The two basic methods of relative positioning that are currently used in surveying are: the static and kinematic methods. The static method ensures the highest accuracy at the submillimeter level, mainly due to the collection of a large number of measurements, but the disadvantage is that the final result is obtained with a significant delay using the so-called postprocessing. Therefore, the use of this method is limited to areas where it is permissible to deliver the results of data development with a delay without the delay’s negative impact on further analyzes or the operation of certain devices or systems. This method is also used as a control method for other measurement methods.

On the other hand, measurements using kinematic methods allow for immediate position determination in almost real time. Such a solution is now required by an increasing number of users, which is why precise positioning in real time (RT – Real Time) has become a standard in geodetic measurements. The RT kinematic measurement method is one of the differential techniques that uses GNSS phase shift corrections to determine near real-time coordinates. This method functions in two basic solutions. The first is the classic RTK (Real Time Kinematic) solution, in which the corrections come from a single reference station. The second RTN (Real Time Network) solution is based on the fact that corrections from (network) solutions from many stations are delivered to the rover. The advantages of RTN network solutions over RTK single reference station solutions include the ability to better model systematic errors. The use of more than one navigation system has a large impact on the availability, positioning precision and reliability of the results obtained in real-time kinematic measurements. This is because it significantly improves the satellite measurement conditions by increasing the number of satellites observed, as shown in Fig. 3. With the addition of the new navigation system, the number of available satellites increases, and thus also the observation signals, which increases the accuracy of the determined coordinates of the measured point.

As shown by previous research, current methods of real-time kinematic measurements using multi-system and multi-frequency GNSS satellite receivers are able to provide precise continuous positioning at the sub-centimeter level. In fig. 4, an example of such positioning, using the RTK technique, is presented, using the four global navigation systems: GPS, GLONASS, Galileo and BeiDou.