The most important deposits that were mined are located in the state of North Rhine Westphalia (NRW) in the Ruhr Area and in Tecklenburger Land (Ibbenbüren’s hard coal area) and the state of Saarland. Nevertheless, it is also important to mention former coal deposits, which production ceased long time before: Aachen and Erkelenz Area (NRW), Lugau Oelsnitz (Saxony) and Zwickau (Saxony), all shown in Figure 1. During the years, there were other smaller areas where coal was extracted, but they were only of local importance.

With regard to the objective, this report will focus on Hamm (east of the Ruhr area) and Ibbenbüren. 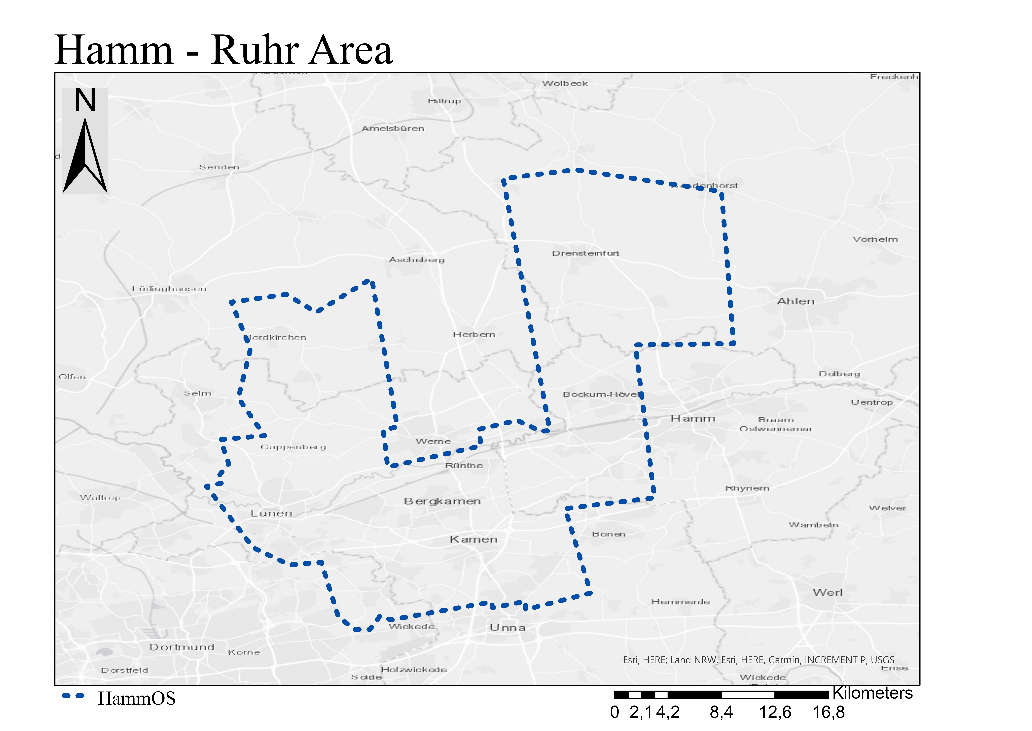 The mine “Bergwerk Ost” (BW Ost) was created in 1998 by merging the former mines Haus Aden (Oberaden), Heinrich Robert (Hamm) and Monopol (Bergkamen), which covered in the end an area of 285 km2. It is located on the eastern part of the Ruhr Area. The former mine lease of the area that covered Bergwerk Ost is shown on Figure 2 (marked in blue).

In general, earth tremors (seismic events) with seismological methods are registered, differentiating between geogenic earthquakes and anthropogenic earthquakes (induced seismic events). In addition to natural earthquakes, the construction in the active rock mass area can lead to anthropogenic, degradation-induced tremors, which are caused by tension loads lying on the ground causing breaches in underground cavities. Besides that, the structure of tension in the rock mass is changed by mining and it results in tense loads in the area of the seams, which appear in form of fractures. Within deeper strata, they have a big impact and are referred to as rock burst in mining terms. These seismically registered tremors do not necessarily have to change in altitude due to their depth and the terrain surface.

In the investigation area (BW Ost), the earth tremors are detected by the seismological observatory of the Ruhr University Bochum. The localization accuracy of these seismological methods in the Ruhr area are approx. ± 2 km in the western Ruhr area and the peripheral areas ± 5 km. The anthropogenic, mining-induced tremors focus on a depth of less than 1 km and is different from natural earthquakes (deeper). 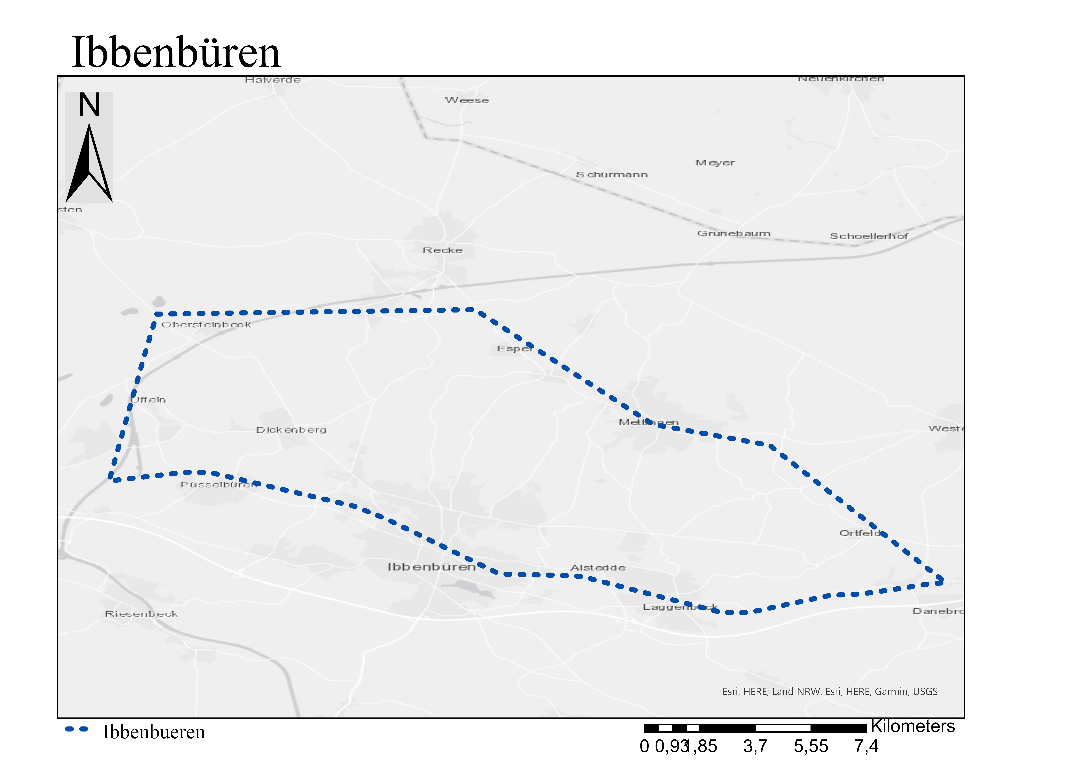 Ibbenbüren mine is located in the Steinfurt district, in Münster administrative district. Affected communities are the city of Ibbenbüren and the communes of Westerkappeln, Mettingen, Recke and Hörstel. Agriculture, forest areas and widespread littered buildings dominate the territory. There are no adjacent mines in operation. The mineral deposit of Ibbenbüren is divided in three parts: West Field, Bockradener Graben and East Field. The fields cover a total area of 92 km². Hard coal production in Ibbenbüren was conducted since 1957 until 2018, when the mine was closed.

Figure 3. Dimensions of mine in Ibbenbüren (based on information from RAG-Anthrazit Ibbenbüren GmbH, 2018)

In order to monitor earth vibrations, a seismometer was installed by BGR in 1996, which was taken by the Ruhr University Bochum (RUB) in 1998, who installed two more seismometers in 2005. At the same year, DMT expert centre for vibration measurements started monitoring on the surface and another station was installed by DMT in 2007.